Greetings and welcome to another exciting episode of Weekend Writing Warriors.  Ah, April.  The trees are budding out, delicious little birds are scampering about the patio, driving the cats nuts, and tax receipts are overflowing my desk and spilling to the floor.  Ever since becoming a self-employed author, preparing year end taxes has become so very interesting.  Seems like a great time to grab the laptop and lock myself in a comfortable closet with Jacqui and his best friend Zee.

I’m continuing to share from Prowl, Book 1 in the Jacqui the Cat mysteries, to be released soon.  Jacqui, a cat shifter, is about to get real with his friend Zee (not a cat, but still a nice person).

Kissing Zee made Jacqui’s mind wander briefly to Wyatt West. Man, how he wanted to kiss that man. He couldn’t have anyone that close, though. Couldn’t risk being exposed, locked up, burned at the stake, or worst of all, rejected.

“I didn’t sleep last night, that’s all. Everything had to be perfect, you know.”

“I know, you work too hard.” Zee stepped back to admire the suit again. “Still no special love muffin to call your own?” 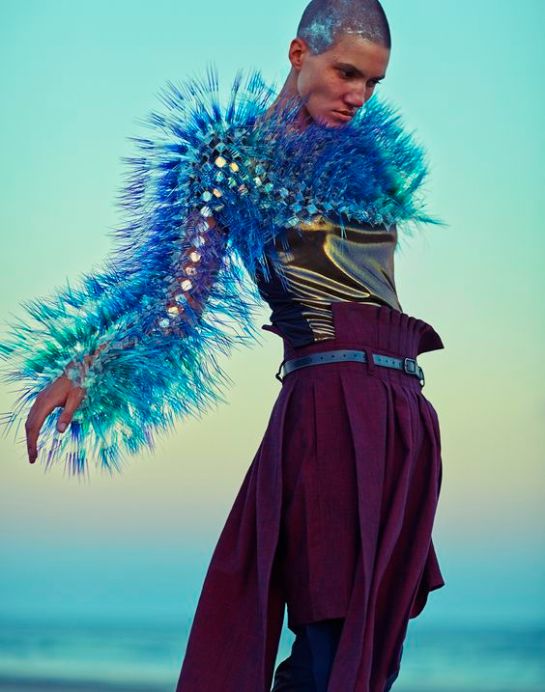 For the fun of it, here’s an interesting number by Maiko Takeda, milliner and jewelry designer extraordinaire.

Update RE: Jacqui’s release into the world.  For those of you paying attention, first of all, thank you! Second of all, because I will have a swarm of re-releases coming out in early May, I’ve decided to postpone Jacqui’s release until after the dust has settled a bit.  For context, my publisher Loose Id is closing, so I’m repackaging the SEVEN novels I have out with them. New covers, new lower prices! Stay tuned. May will be exciting.

Join Jacqui (and Cat) in this new exciting and sexy gay shifter romance mystery series from bestselling author (she wishes) Alexis Duran. Coming soon! **UPDATE** Coming in May! So close. So very close.

8 thoughts on “Weekend Writing Warriors ~ Burned at the Stake”