Hello and Welcome to Weekend Writing Warriors.  It’s good to be back after a two week break. I attended two weekend conferences; one for writing and one for screwing my head on straight. Both were helpful, though the head still feels a bit off kilter.

Our hero, Prince Gabriel, also feels off kilter. In the last snippet, he’s on the road returning to a home he hasn’t seen in almost three years. He’s torn between nostalgia and fear at what he might find there. These snippets are from my current WIP, a reimagined fairy tale.

Gabriel spent a few quiet moments brooding, sinking deeper into a state of anticipatory dread, until his manservant Webster rode around the bend in the lane behind him. Being less than skilled with a horse, Webster and horse charged past Gabriel without slowing.

“I must insist you halt!” Webster shouted at his horse.  He tilted alarmingly in the saddle as the horse’s back end caught up with its front. Man and beast came to a stop ten yards down the road.

“Begging your pardon, my liege! This horse has no sense of propriety.”

Webster steered his mount back to Gabriel’s side, elbows stuck out wide, reins too long and loose in his hands. There was no point in correcting his technique, a fact Gabriel had learned on the long ride from Craigmoor.

“The horse only knows what you tell it,” he said, not bothering to hide a smile. 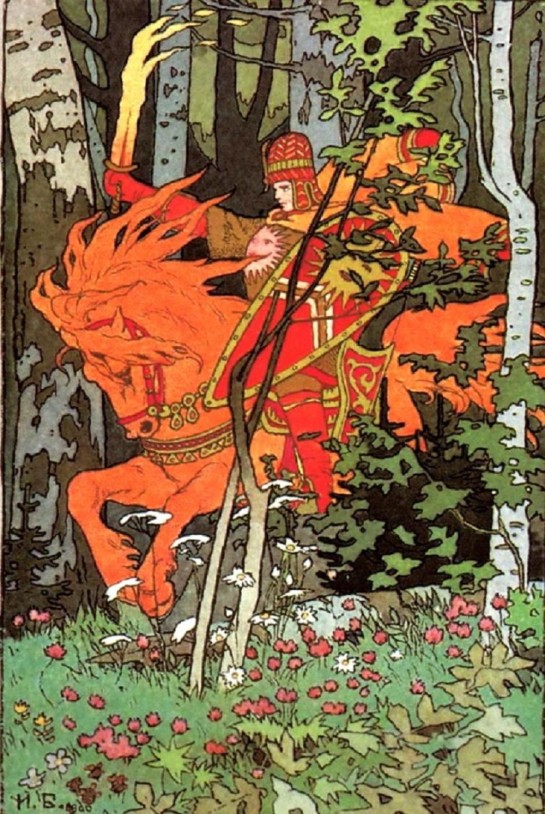 How Webster sees himself. Illustration by Ivan Bilibin (1876-1942) Image in Public Domain.

8 thoughts on “Weekend Writing Warriors ~ No Sense of Propriety”