Welcome to my little corner of Weekend Writing Warriors, the blog hop where a fantastic group of writers share excerpts from their published work or works in progress.

This week I’m continuing with a scene from Masters and Mages 2: Blood of Salar.  Last week,  M’lan used his powers to perform what he thought was a simple magic trick, making a stone statue of the snake god Ka’alar appear to come to life in order to stop rebel soldiers from destroying the chapel and assaulting one of the monks.  But now, M’lan is about to learn the very real consequences of calling upon the god of death.

The diamond-shaped head of Ka’alar rose in the air, then plunged downward, striking Raffe on the forehead. The blow dropped him to his knees, and he slumped sideways. Blood flowed freely from a wide gash.

Raffe’s men had seen enough. Filling the chapel with echoing cries of terror, they fled.

M’lan would have cried out too, if he could have spoken. The huge white serpent recoiled, thrashing blindly so its head smashed into the ceiling and sent broken stones plummeting to the floor. The columns shook.

M’lan jerked his hands free and stumbled back. The serpent continued to thrash, golden fangs exposed. 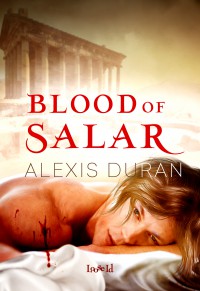 M’lan, headmaster of the order of Ka’alar and Jamil Jarka, king’s assassin, find their impossible love challenged to the utmost as a rebellion sweeps them apart, sending Jamil on a dangerous mission to assassinate the rebel leader, General Charvat. Unknown to anyone, Charvat is on his way to the temple to exploit the headmaster’s magical abilities.

When the rebel army arrives, M’lan is thrust into a struggle against political and sexual dominance as Charvat attempts to break his resistance. Violence and death mount, awakening within M’lan both the powers of destruction and the desire for revenge.

On the trail of his prey, Jamil begins to question his devotion to M’lan as his once innocent lover transforms into a mage and invades the assassin’s thoughts and dreams. The closer Jamil draws to M’lan, the more he puts his life and his very soul at risk. Jamil soon realizes that his lover might prove to be more deadly than the man he was sent to kill.

A final confrontation between assassin and monk might destroy them both, but Jamil is relentless in his determination to rescue M’lan, for he knows that only his love can master the mage. 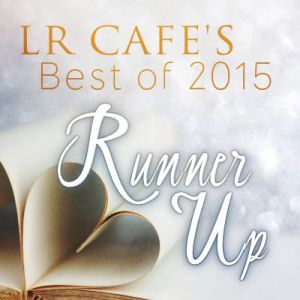