Greetings and welcome to Weekend Writing Warriors, the blog hop where a bunch of really awesome writers share from their published work or works-in-progress. I’ve started out the new year sharing from my new project, Death by Starlight, the sequel to Betwixt and Between.  I’ve jumped ahead a little from last week, but we’re still in Zeke’s POV. He’s recently returned from the dark realm to the realm of humans, and needs a little assistance in ditching the magical creatures who might be following him.

Alistair lived on a thirty-foot sailboat that looked about as seaworthy as an old shoe. Next to the charming, lovingly maintained houseboats berthed alongside it, Alistair’s boat faded like an oil spill on the water; rolled sails dingy, hull crusted with barnacles, portholes obscured with mysterious netting. Much of Alistair’s magic went toward keeping his boat unnoticed and undisturbed amongst his gentrified neighbors. He was an expert at hiding in plain sight, and that’s what Zeke need now.

Alistair’s boat bobbed at end of the line. The shaman had somehow motored his dilapidated boat to this place after discovering the space beneath the bridge concealed a portal through which magic flowed. This was where Zeke and Ian, with the help of Ian’s friends, had finally defeated the dark queen Ysolde.

Zeke hopped easily onto the deck of Alistair’s boat without causing any disturbance in its subdued rocking motion. He carefully stepped through piles of junk to the little door closing off the main cabin. Brushing aside a sturdy but simple guarding spell, he opened the door and descended the few steps to the cramped quarters below deck. 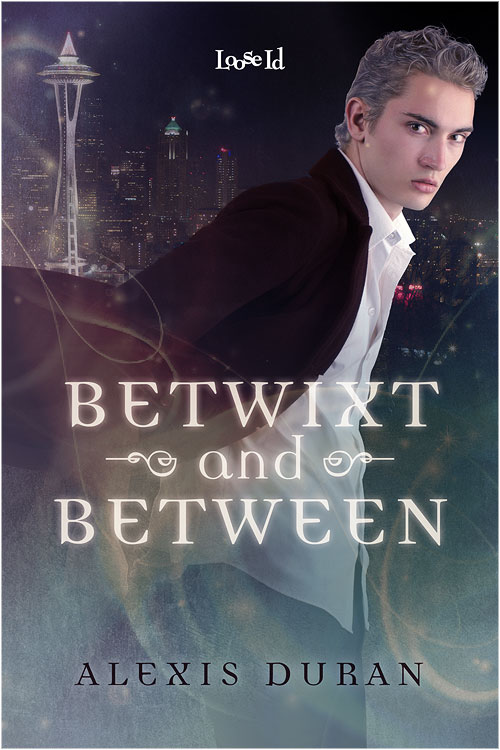 I know I promised a blurb from Death by Starlight, but it hasn’t happened yet. In my other life, I’m a bookkeeper, and January BITES. So instead, here’s the scoop on the first book in the Edge of Night series, Betwixt and Between: