Greetings and welcome to Weekend Writing Warriors, the blog post where writers from a wide variety of genres share from their work in excerpts in ten sentences or less.

I’m sharing from my work in progress, currently titled Snow.  This is a romantic fantasy inspired by the tale of Snow White. Snow White has been around for centuries, long before Disney, and one of the fun things about reimagining a tale so embedded in the culture is picking and choosing the elements that appeal to me, adding my own, and presenting a story that is both familiar and unexpected.  My first exposure to Snow White came from a big old book of European fairly tales from my Czech grandmother.  Then, of course, at the age of seven, I was deeply impacted by the Walt Disney version (re-released on the big screen!)  This little scene within the larger, darker tale of the hunt, was surely inspired by that animated version, but as I wrote, I found that the idea of having Prince Gabriel  connected to the forest creatures played in perfectly with how things develop later, and might just help save his life. You can read last week’s snippet here.

A chickadee lit on a branch just ahead of him, cocked its head and let out a shrill series of chirps, tweets and whistles.

“Please go away,” Gabriel said, “We’re trying to be stealthy.”

Falkner waited for him, and Gabriel could have sworn the stern huntsman was trying to suppress a smirk.   Gabriel’s cheeks started to burn. It wasn’t his fault forest creatures found him…curious.  But he didn’t have to talk to them, a point frequently made by his brother.

When he reached Falkner, the birds vanished in puff of feathery motion.

“If you could refrain from soliloquizing, it would be helpful, your lordship,” Falkner said with a perfectly straight face. A perfectly perfect face, actually, except for a faint, dashing scar along his prominent left cheekbone.

Rather than admit he’d been talking to a bird, Gabriel ignored the comment. 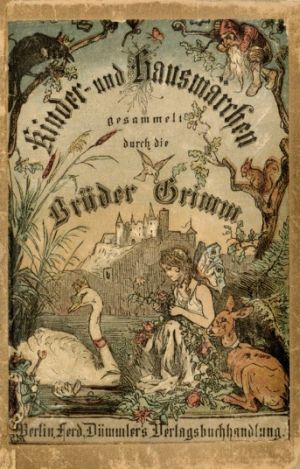 This isn’t the one I had, alas, but the illustration reminds me of it.