Hello and Welcome to Weekend Writing Warriors. I hope you’re taking a little respite from the silly season, perusing a snippet of fiction here and there to whisk you away briefly to another time and place, maybe even another planet.  It’s good for the sanity, in my opinion, and you can find more one minute escapes at the WWW blog hop. Just click the link above.

I’m continuing on with my reimagined fairly tale inspired by the tale of Snow White. Last week, Prince Gabriel made the decision not to kill the white stag that presented itself to him, and he sent the huntsman, Gavin Falkner, off to spread the word. Unfortunately, there are some who might not agree with the pronouncement.

Gabriel moved even closer and when their gazes met again, his perceptions sharpened, as if the stag had allowed him use of its senses.  He could hear everything: every drop of rain spat against curled leaves, a crow as it stepped carefully along a branch high overhead, a squirrel chittering far off, the footsteps of the rest of the hunting party as they made their way through the thick undergrowth.

Falkner’s voice, only a murmur, blended with the forest sounds and Gabriel knew his command was being passed along. Time slowed, every twitch and flutter in the woods an act worthy of attention. Clouds thickened over the sun, causing the shadows to meld into one gloomy veil.

“Do you have a message for the king?” Gabriel asked in a near whisper. It wouldn’t do for the men to see him conversing with a beast.  The deer didn’t respond, only tossed its head again, antlers raking the branches above its head.

A twig snapped somewhere behind Gabriel, off to the left and a bow creaked as it was pulled taut.  In that instant, he knew what was about to happen. 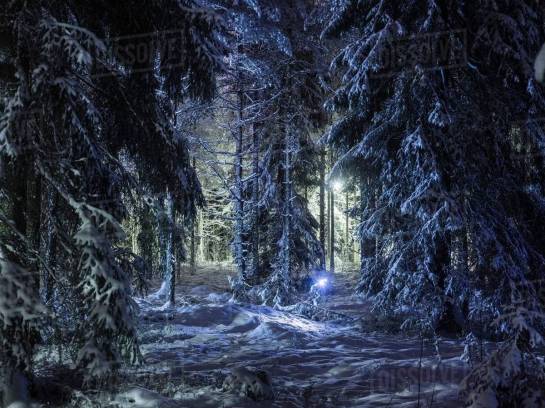 Thinking of snowy, magical woods. Guess I should change those raindrops to snowflakes.

11 thoughts on “Weekend Writing Warriors ~ A Message for the King”