Welcome to Weekend Writing Warriors, the blog hop where a bunch of really awesome writers share their work in excerpts of ten sentences or less.  I’ve been sharing from Prowl, my soon-to-be-released gay romance/mystery.  This scene is from Chapter 2, where our hero Jacqui, a cat shifter/fashion designer, is hanging out with his client/friend Zee.  Here’s last week’s post, if you’d like to catch up.

Zee stepped up, cradled Jacqui’s face, and planted a big sexy kiss on his lips. They weren’t lovers. They were too much alike and had bonded like long-lost siblings the first time they met at a super-cool party for itinerant international artists in Prague. Only no one truly cool would ever preface anything with “super,” Jacqui reminded himself. Zee said “super” and any damn thing that came to mind, but Zee was an extra-special, extra-cool case.

They were so alike, so aligned and meshy and over the moon in friend with each other that Jacqui had seriously wondered if Zee might be like him. Might have a cat inside. After too much plum brandy at that party, Jacqui had very subtly asked Zee to turn into a cat with him and go run amok in the feline underbelly of Prague by moonlight.

Zee had laughed and said, “You’re so divinely weird!”

Zee hadn’t judged Jacqui, but didn’t believe him, either. 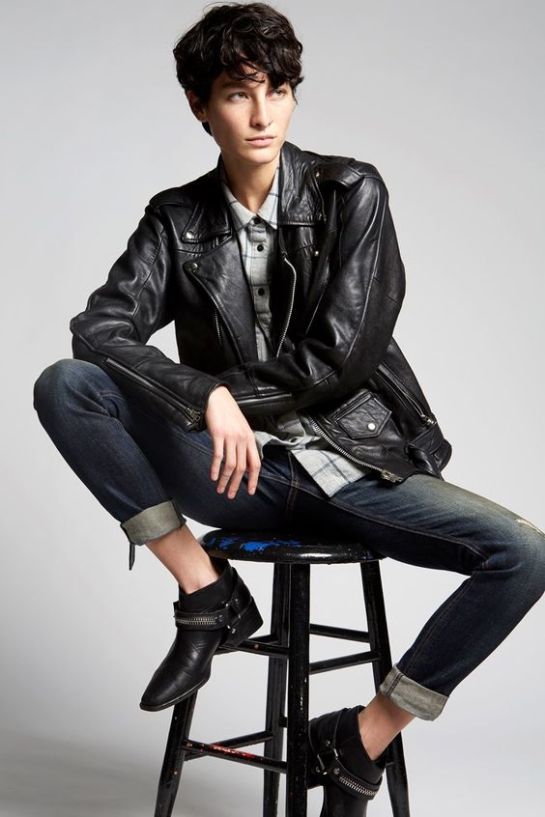 While searching for Zee inspirations on Pinterist, I found this photo featuring model Heather Kemesky. Now I have to sign up for Instagram so I can follow them. *sigh*