I’m so excited! The stars have finally aligned, the curse has lifted, and I have a release date for Wild: Jacqui the Cat Mysteries #4! Jacqui will once again prowl the virtual bookshelves on August 27th! To celebrate, I’ve posted the awesome cover below.

I’ve been sharing from the first chapter of Wild, in which Jacqui encounters a strange cat who isn’t like the normal domestics he’s used to. Last week, Jacqui thought the cat talked to him via telepathy, but surely he just imagined it? I’ve skipped ahead a bit to round out the scene. This is after Jacqui ran off the interloper, or tried to, anyway. Next week I’ll share from a different scene, to give a little taste of what Jacqui’s up against.

The encounter left Jacqui feeling oddly disturbed. He sniffed here and there, scratched the trunk of a maple tree, knocked over some glass bottles left out beside a trash can, but he couldn’t get into it. His human mind buzzed too loudly and he decided to head for home, or Wyatt’s, that is, for some soothing skin-to-skin contact.

But we’ve only just begun to prowl!

One little thing goes weird and you get all human on me.

Jacqui overrode Cat’s protests, which wasn’t easy when he was in cat form, and slinked through the shadows and shrubbery back to Wyatt’s condo. When he reached the overgrown rhododendron, he glanced back, and spotted the mangy tom lurking on the corner. It had followed him. 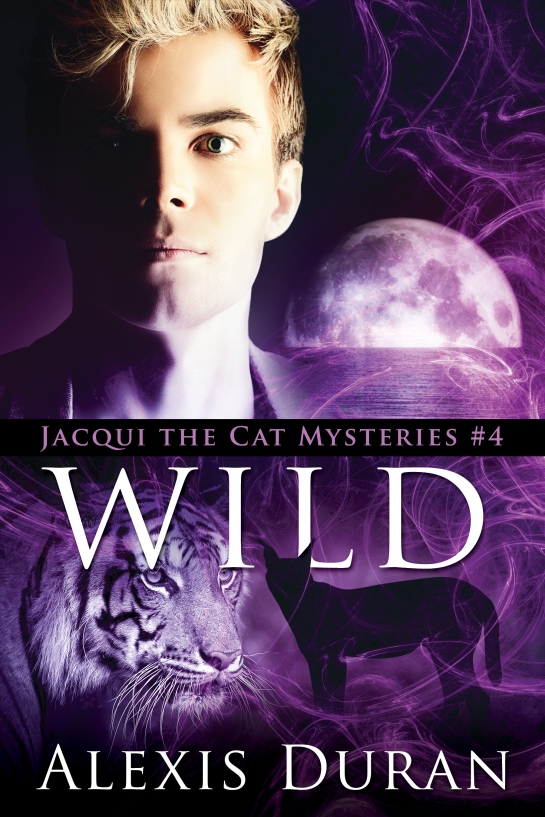 Clicker Here to pre-order on Amazon.